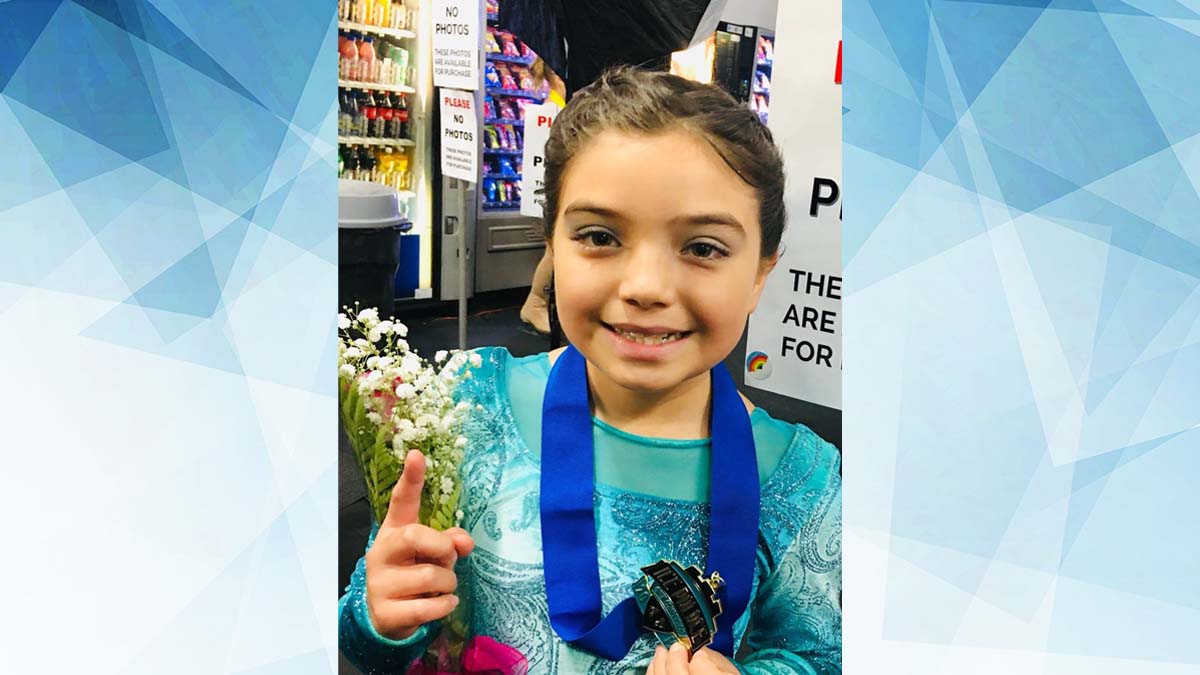 Camila Aguirre is a 5th grade learner who is in her second year of homeschooling with iLEAD Exploration. Camila is multilingual and speaks three languages. She is fluent in Spanish and English and is currently learning Chinese.

What languages do you speak?
I speak Chinese, Spanish, and English.

What is a family tradition that you enjoy?
During Christmas, my family and I buy gifts for each other and guess who gave what gift.

What career would you like to have?
I would like to be an interior designer. I think being able to speak Chinese, Spanish, and English is going to allow me to have more clients.

What is your favorite subject?
Math. I love math. It makes life so much easier.

Has being multilingual allowed you any special opportunities?
Yes! I am able to communicate with a lot of different people. I learn so much from speaking their language.

What is your favorite hobby?
I love to ice skate. I just started last year when I began homeschooling. I had my first ice skating competition, and I won first place! I feel like I’m flying when I’m gliding. 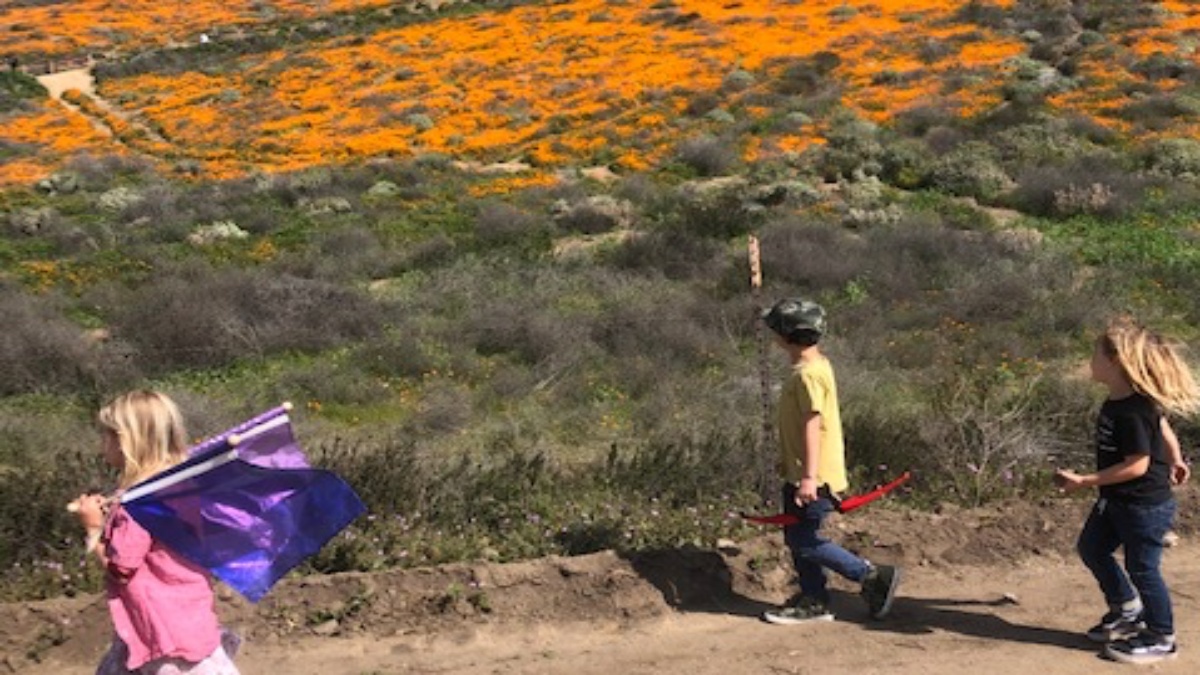 If you happen to be looking for the Carney family, chances are you will find them outdoors. This sweet family of young iLEAD Exploration learners has fully embraced the adventure of learning. Whether they are at the beach, in the mountains, or in their own backyard, they can be seen toting a basket containing a blanket, some books, and their journals. They are always ready to learn about the world around them.

From read-alouds under a big tree, to sorting and classifying their finds in nature, Harper (Kindergarten) and Jett (TK) have the opportunity to learn in a way that is meaningful and focuses on their individual gifts. Harper is a designer and a dreamer. She started designing doll clothes and accessories for herself as a toddler. Harper always carries a song with her and uses her hands to create many wonderful things. Homeschooling gives her the freedom and safety to groom her creative passions, to honor her budding identity, and to explore new creative spaces. Harper is now styling outfits for anyone who will let her and writing her own dreamy, living stories. 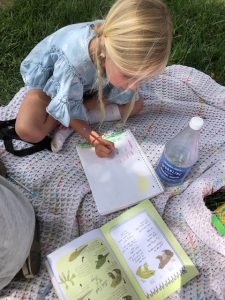 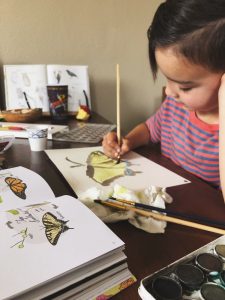 Jett is a fact guy. He holds information like a little computer! He is a lover of anything living. At a young age, Jett showed interest in gardening, and he has been learning and growing as a gardener ever since. Jett is also gifted with understanding difficult things. He understands how things are built and the science behind it. In fact, Jett teaches his mom new things almost every day. Homeschooling has provided a safe environment for Jett, one chock full of living things, opportunities to be curious, green space, and a teacher he can ask lots of questions of. It is hard to imagine Jett being forced to sit down and learn in a classroom when he can be outdoors instead.

The Carney family believes nature is the best classroom and playground, because it provides so many opportunities for learning. The bonding time in the wilderness sows rich seeds for this family. 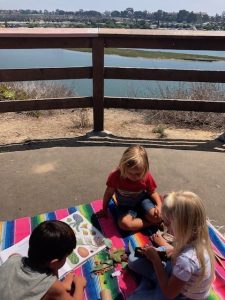 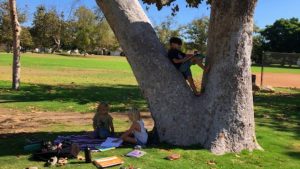 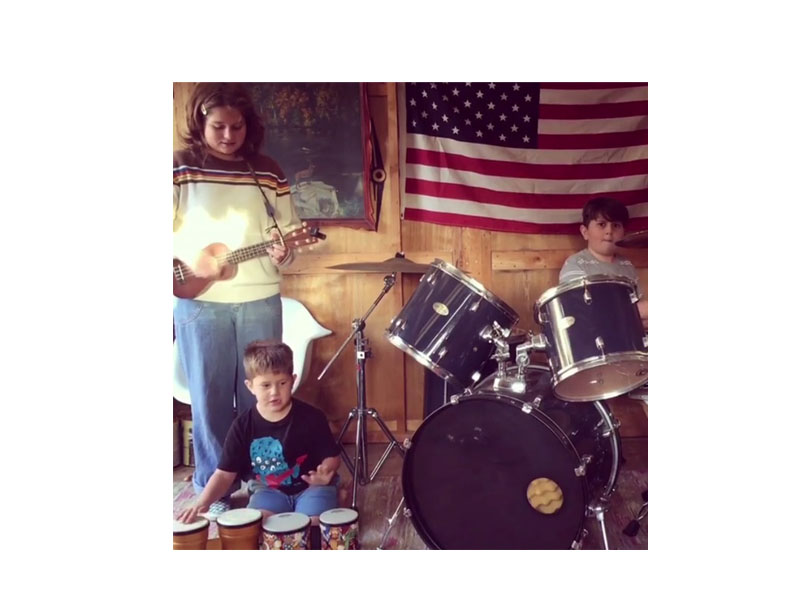 ​Avery, Garrett, and Grady Beck have been homeschooled their entire lives. They joined iLEAD Exploration during the 2016-17 school year. Being home schooled has allowed each one of them to seize a multitude of opportunities both in their education as well as in their extracurricular activities. They each have their own unique individual talents, but they also share a few of the same passions and continue to encourage, grow and support each other throughout their journey.

​Avery is a talented and smart 13-year-old girl. She definitely has the creative mindset when it comes to school. She loves to read, write and draw about anything and everything. She has been telling stories from a very young age and began writing her first book when she was 8 years old. She has written five books since then. She also writes her own songs to sing while playing the ukulele, and has recently started performing at a local open mic club. In addition to playing the ukulele, she plays the piano. She has been chosen three years in a row to perform at the Honors Recital with her music studio Music Abode. Avery has other talents as well. She just celebrated her one-year anniversary of being a black belt. Avery has studied the fine martial art of Kyin Kung Fu at American Tiger Martial Arts for the last four years. She is an active member on the leadership and demo teams at American Tiger Martial Arts. Avery likes being homeschooled, because it gives her the freedom to explore her intellectual passions in a more hands-on way than traditional schooling would offer, and it gives her the opportunity to actively do those things she is most passionate about.

​Garrett is a gifted and funny 9-year-old boy. He is a rule-oriented learner and is able to complete the task at hand when the rules are set in front of him. He excels at math and because of his right brain mindset, he is an exceptional drummer. He started playing the drums when he was 7 years old and he has blown his music teacher away with his drumming abilities. He also plays piano and recently started guitar. Garrett is naturally talented when it comes to music, and he has been chosen for the first time to play at the Honors recital, too. He currently has a red/black belt in Kung Fu, and is training for his black belt test this summer. He is a part of the leadership team and demo team at American Tiger Martial Arts. In his free time, Garrett loves to play drums for his sister’s songs.

Grady is an active 5-year old boy. He loves to be outside riding his skateboard, bike, or scooter. He is an avid lizard catcher and spends a lot of time in the backyard doing so. He enjoys using his imagination while listening to books being read aloud and is naturally studious when it comes to completing his school tasks. Like his older brother and sister, he also does Kung Fu. He has a camo colored belt in the dragons class, and performs with the demo team at American Tiger Martial Arts. Grady has the potential to become the youngest black belt in their studio. Next school year he plans to start piano lessons. His true musical desire is to play drums or bass, but that will have to wait a few years. Grady’s favorite thing about being homeschooled is that he likes to be home with his mom and siblings, learning and growing together. 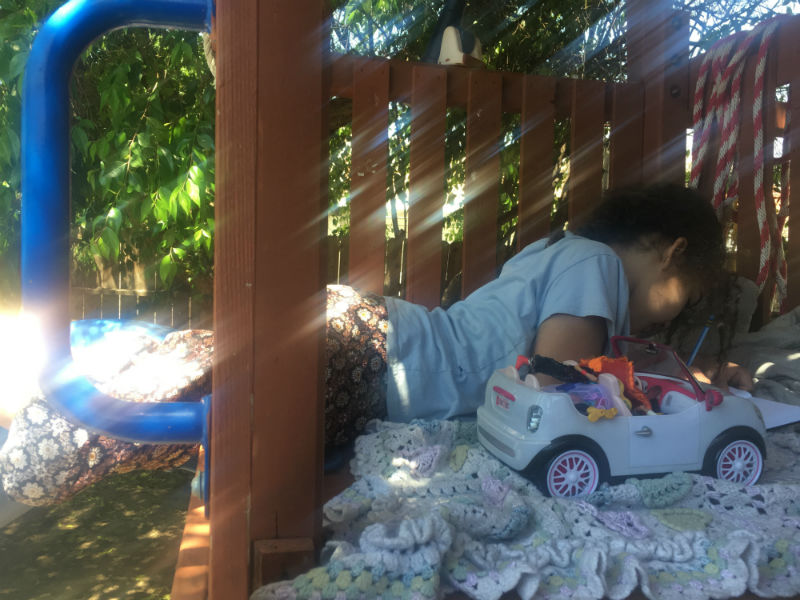 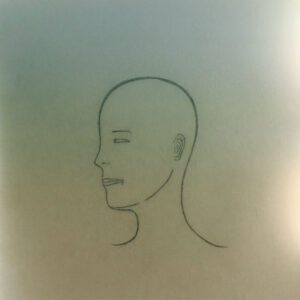 Ariyah Hope is a lovely third grader. Having always learned at home with her parents and many siblings, Ariyah’s world is full of fun and relaxing adventures. She says her favorite thing to do is to spend time with her family. Ariyah is often found crafting, sewing, and painting little gifts for everyone she loves. She enjoys playing the piano, drawing, dancing, sewing, and staying at home. Ariyah is often found working in her tree house or making teeny tiny clothes for her dolls in front of the fireplace. In addition to creating beautiful works of art, Ariyah often finds creative ways to understand math and science concepts. For example, she uses skittles and water to help her understand the concept of density.

This past year Ariyah participated in her first Shakespeare play! She wore a beautiful dress and memorized lines from Shakespeare’s play. It was a wonderful experience for her!
Ariyah is a beautiful, free spirit who often says how grateful she is to learn with “Mama.” The freedom of independent learning has allowed her to grow and develop her natural talents. She loves the freedom to pursue her interests. 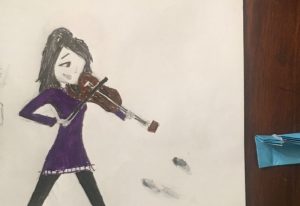 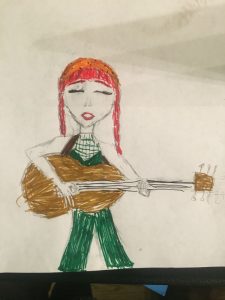